6 Reasons why we self-sabotage.

Whether you refer to it as self-defeating behavior or standing in your own way, self-sabotage can interfere with the best-laid plans

ELLEN HENDRIKSEN is a clinical psychologist who helps millions be their authentic selves through her award-winning podcast, which has been downloaded over 5 million times, and in her clinic at Boston University’s Center. Her scientifically-based, zero-judgment approach is regularly featured in Psychology Today, Scientific American, Huffington Post, Business Insider, Quiet Revolution, and many other media outlets. The Savvy Psychologist was picked as a Best New Podcast of 2014 on iTunes and was Otto Radio’s Best Healthcare Podcast of 2016.  Dr. Hendriksen earned her Ph.D. at UCLA and completed her training at Harvard Medical School. She lives in the Boston area with her family.

BE COMFORTABLE, BE CONFIDENT, BE YOU.

Whether you refer to it as self-defeating behavior or standing in your own way, self-sabotage can interfere with the best-laid plans and goals. Why do we do it? Turns out there are many reasons why, instead of shooting for the moon, we end up aiming right for our foot. 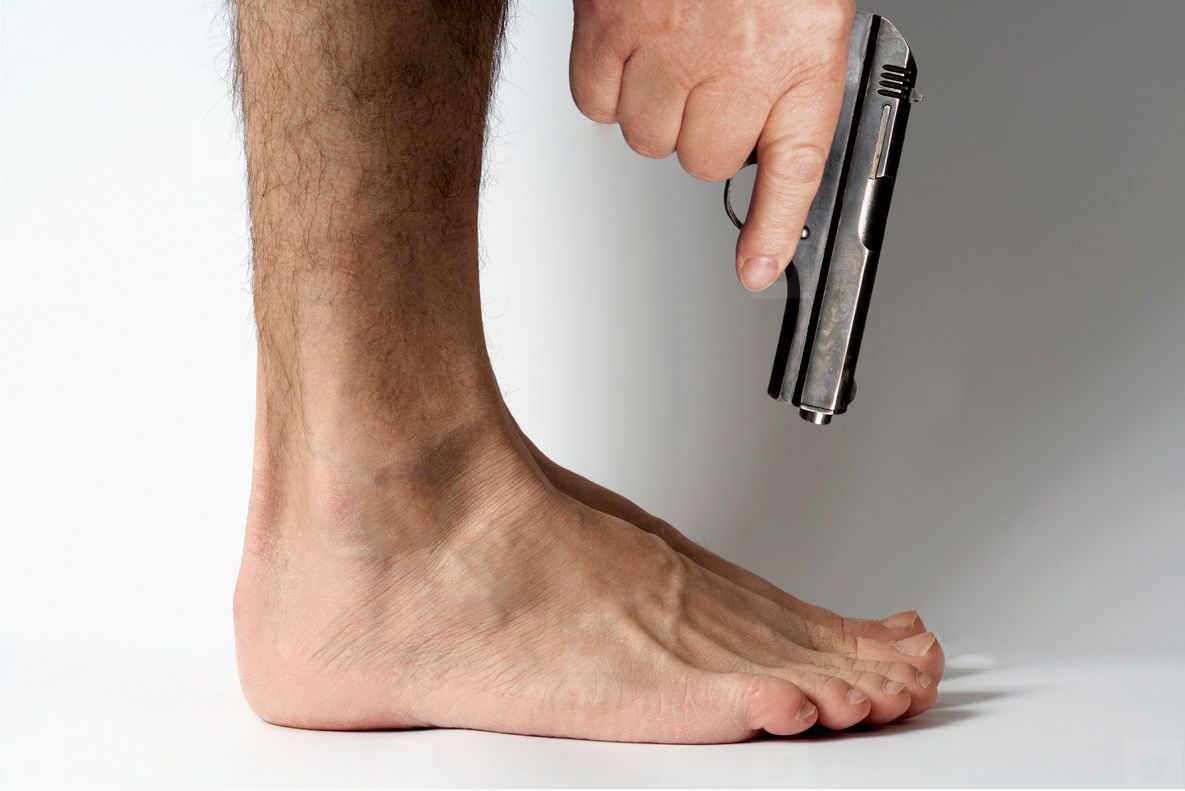 Self-sabotage is any action that gets in the way of your intent. On a diet? Birthday cake calories at the office obviously don’t count. Need to reach a deadline for an assignment? You’ll focus much better if you finish the next episode in your Netflix queue, right? Thinking about breaking up with your partner? You’ll get right into it after you rearrange the living room furniture first.

There are countless ways we sabotage ourselves, but procrastination, self-medicating with drugs or alcohol, overeating from stress, and interpersonal conflict are among the most widely used and recognizable. These actions can be especially dangerous because they’re so subtle — you may not notice the extra cookie you’re taking or the additional drink you want to order before last call — and, at the time, they may even appear to calm you down and relax you. But as these actions increase, self-sabotage builds and can create a deep well of self-defeat that’s hard to climb out of. 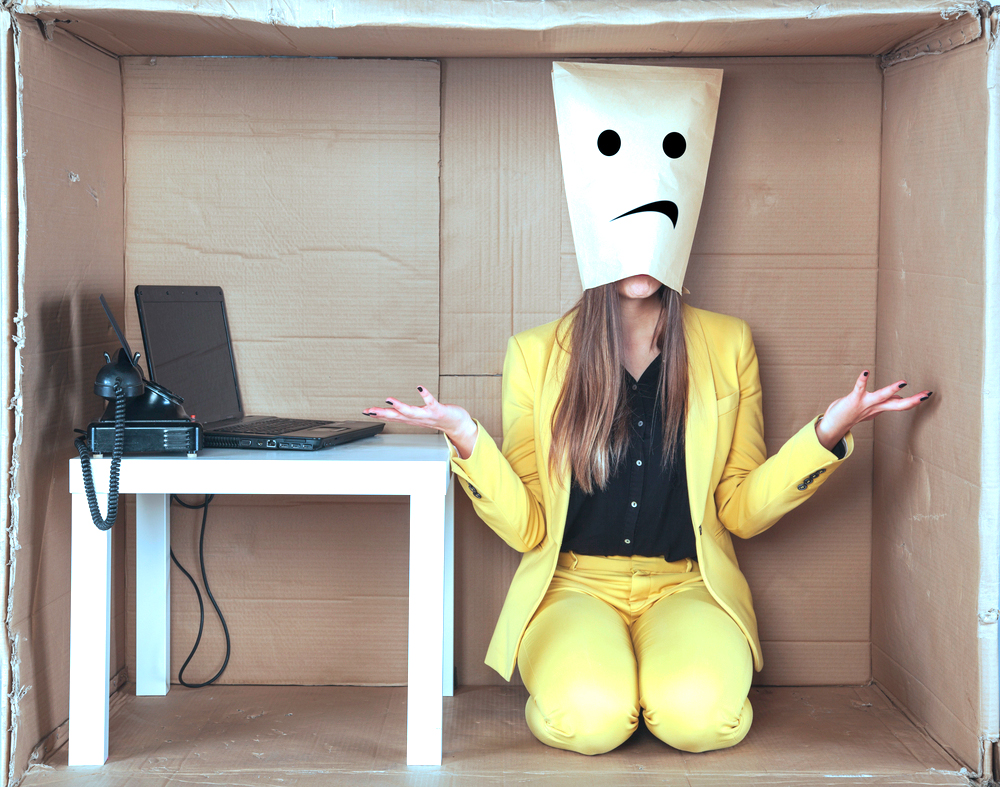 You feel like you don’t deserve to be successful. Ironically, many strivers work hard and aim high because they’re trying to make up for a sense of inadequacy. But when their hard work and high standards lead to good things—material reward, status, or power—they shoot themselves in the foot. Why?

A concept called cognitive dissonance gives us the answer. Basically, people like to be consistent. Usually, our actions line up with our beliefs and values.

But when they don’t, we get uncomfortable and try to line them up again. That’s why if we start to stack up some achievements, but think we’re worthless, incapable, or fill-in-the-blank deficient, we pull the plug to get rid of the dissonance. It feels bad to fail, but not as bad as it does to succeed. 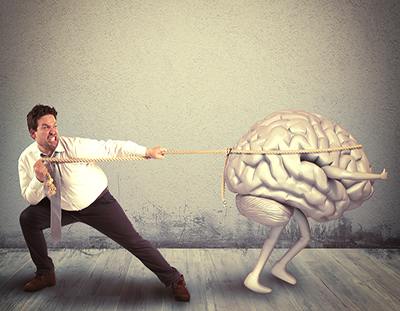 It feels better to control your own failure than to let it blindside you. When the possibility of failure is too hot to handle, you take matters into your own hands. Self-sabotage isn’t pretty, but it’s a dignified alternative to spinning out of control. At least when you’re at the helm, going down in flames feels more like a well-controlled burn. 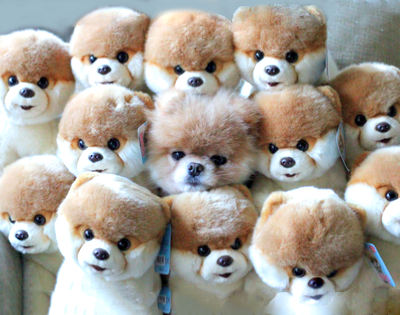 As the stakes get higher and higher—you ascend to ever more rarified levels of education, take on more responsibility at work, or do something that raises your public profile—you feel you only have farther to fall. You think if you call attention to yourself by being successful, it’ll be more likely that you’re called out as a fraud. This is otherwise known as good old impostor syndrome.

How does this manifest? You may do as little as possible and hope no one notices.

Or you may push hard and go big, but worry you’ll be revealed at any moment. Either way, feeling like a fake is a one-way ticket to procrastination and getting distracted—if you’re faced with a task that makes you feel like a big fat fraud, it’s a lot more appealing to check Twitter, research zucchini spiralizers online, or realize you’ve never made banana bread from scratch and, by gosh, seize the day and do that right now. 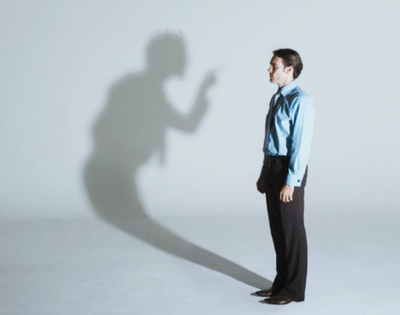 Again, people like to be consistent. Time and time again, we even choose consistency over happiness. If you’re used to being neglected, abused, ignored, or exploited, it’s oddly comforting to keep putting yourself in that position. You’ve probably been there your whole life, and while you’re not happy, the devil you know is preferable to the devil you don’t. 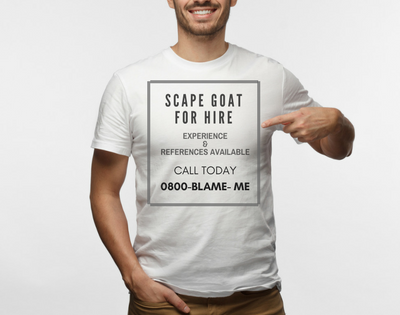 If things don’t work out (or when they don’t work out, because that’s the only option, right?) we can blame the sabotage instead of ourselves. Of course, he left me—we argued all the time. Of course, I failed the class—I didn’t start my term paper until the night before. These reasons, while true, are more superficial, and therefore easier to swallow than the deeper reasons we only believe to be true: Of course he left me—the real me is unlovable. Of course, I failed the class—I’m incapable of understanding this stuff. 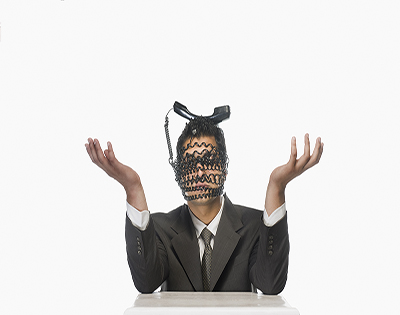 Once in awhile, we self-sabotage simply to push buttons. We pick a fight, incite drama, get a rush. Of course, this isn’t random–we do all things for a reason. Here, sabotage re-creates a familiar feeling of instability and chaos, plus, if we’re stuck at the bottom, we might as well wield some power while we’re there, right?

How to stop sawing off the tree limb you’re sitting on? Well, let’s look down lower, to the proverbial root.

“However, your self-sabotage manifests, strike it at the root, which is this: fear of failure”

Now, I get a lot of raised eyebrows when I say that: most people think of self-sabotage as fear of success. But deep down, fear of success isn’t truly a fear of making it big—it’s a fear of trying one’s best and not succeeding, of being publicly humiliated as we worry, in the immortal words of Wham, that our best isn’t good enough. It’s enough to make us take refuge in spiralizer infomercials on YouTube.

Toxic people at work, a common flu virus for which there’s no vaccine available. So how do […]

Have you asked yourself lately this?  They are 1000s of job adverts for the Czech Republic, then […]

10 Reasons why
you are in job-search purgatory,
and nobody dares to tell you.
CandidatesCareer Advice & TipsEmployment MarketJob Finding Strategies
14
Nov