How to grow a thick skin to
handle criticism

ELLEN HENDRIKSEN is a clinical psychologist who helps millions be their authentic selves through her award-winning podcast, which has been downloaded over 5 million times, and in her clinic at Boston University’s Center. Her scientifically-based, zero-judgment approach is regularly featured in Psychology Today, Scientific American, Huffington Post, Business Insider, Quiet Revolution, and many other media outlets. The Savvy Psychologist was picked as a Best New Podcast of 2014 on iTunes and was Otto Radio’s Best Healthcare Podcast of 2016.  Dr. Hendriksen earned her Ph.D. at UCLA and completed her training at Harvard Medical School. She lives in the Boston area with her family.

BE COMFORTABLE, BE CONFIDENT, BE YOU. 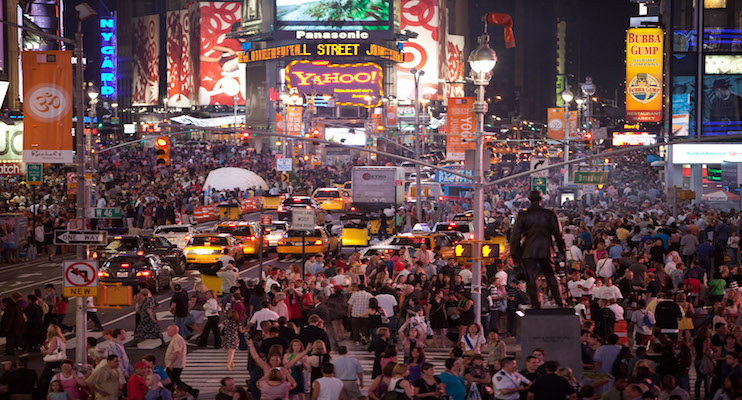 Just living in the world opens you up to criticism, but doing anything in the public eye, from writing a blog to performing your stand-up comedy to coaching your kid’s soccer team, will invite judgment and criticism. And doing anything truly innovative will guarantee it.

So how to brace yourself? Here are 9 ways to develop thicker skin and make the most of negative feedback.

First, how to deal with angry criticism. Someone is mad already and now they’re letting you have it. What to do? 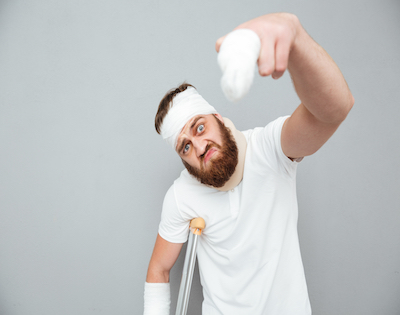 Tip #1: Dig for the softer emotion beneath their anger. Angry criticism almost always means the critic feels hurt in some way. Anger is what’s called a secondary emotion—it’s a reaction to a softer, underlying primary emotion like hurt, shame, guilt, or humiliation. First people get hurt, and then they get pissed.

But when you listen beneath the anger for the softer emotion, it’s much easier to feel sympathetic toward them. And while it’s hard to feel sorry for someone who’s wrapped her feedback with prickly barbs, try to think about what button you might have pushed.

And then, do this: 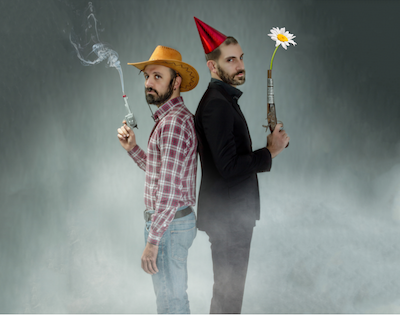 Tip #2: Be noble. Kill them with kindness. Well, maybe not kill them, but throw them off balance by being nice and non-defensive. Unless your critic is truly evil, he’ll hem and haw and maybe even apologize. Handle the situation in a way that you imagine someone confident and poised would handle it. Once you’re through the woods, congratulate yourself both for handling it head-on and taking the high road.

What not to do? 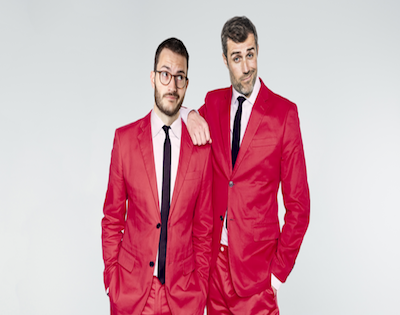 Tip #3: Don’t get defensive or blame others. Defensive arguments don’t come across as logical or reasonable—you’ll just seem tiresome and difficult. And blaming is even worse. Resist throwing someone under the bus.

Next, what to do with negative feedback that’s not angry, and is presented fairly and professionally? This is often the hardest to hear. It stinks to hear your idea, performance, or talent isn’t up to par. 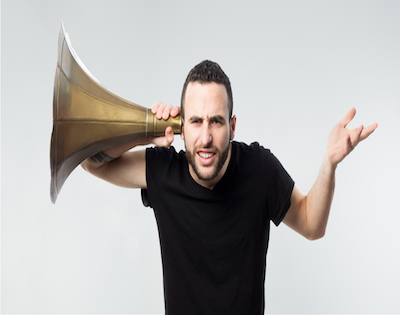 Tip #4: It’s not what they say, it’s what you hear. This is the big one. Interpretation is everything. If a critical comment has truly seared you or thrown you into a multi-day crying jag, the critic must have pushed a button. If you find yourself nodding and smiling on the outside but dying inside, ask yourself “What does this comment mean about me?” Likely, your answer won’t have anything to do with what your critic said. For instance, perhaps your critic said “There’s a gap in your resume that confuses us” but you took it as, “We think you are lying on your resume, and got all nervous”. 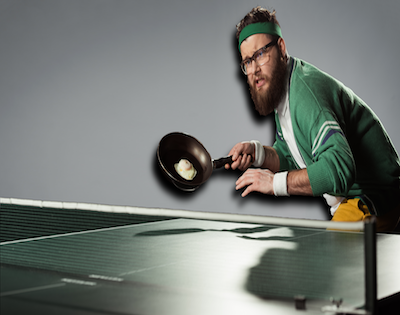 Tip #5: Consider that the critic might be wrong! When it’s your turn to hear criticism, remember: just because someone says it, doesn’t mean it’s true. Believe it or not, you’re allowed to reject criticism. It’s just one person’s opinion, and you should not be overreading your reactions to every single criticism and rush immediately to accept it and deal with it. ” If you live for people’s acceptance, you‘ll die from their rejection.”-Lecrae 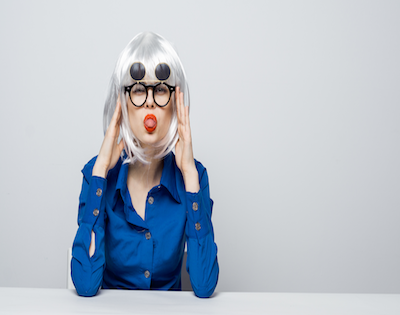 Tip #6: Criticism might mean you’re a misunderstood innovator. Perhaps folks just aren’t ready for your work. Almost every true innovator has stories about collecting reams of negative feedback before finally breaking through. Consider that the critic may not see you or your revolutionary ideas for what they’re worth. 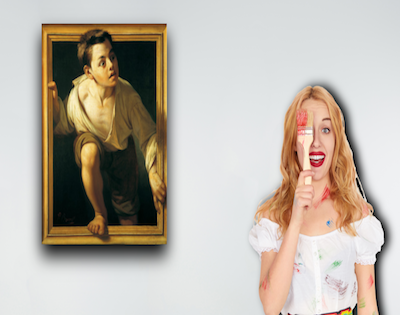 Tip #7: Maybe your critic has a point. The flip side of the misunderstood genius is the slacker with potential. Sometimes criticism might just mean your work isn’t your best effort yet. Maybe your presentation is sloppy, or your idea unclear. Seize the criticism as a wake-up call. Some extra polish may make your work shine. Thank your critic and get to work. 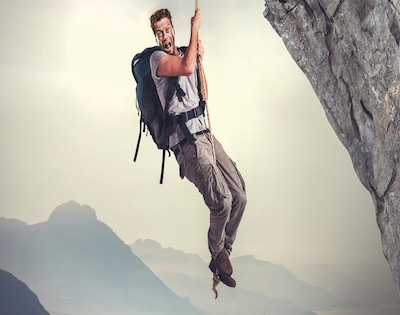 Tip #8: Re-imagine yourself as a gritty survivor. Or a Mata Hari next door gilr. Or a James Bond kind of guy. You get the picture. Many of us who are thin-skinned spend a lot of energy making sure everyone likes us. Maybe you’re a good girl or good guy who’s never really stepped out of line. Or maybe you’ve been sheltered and have simply never been through the wringer. Regardless, avoiding criticism is exhausting. Rethink your idea of yourself and rethink criticism as an indicator that you’re doing important work or a sign that you’re maturing. 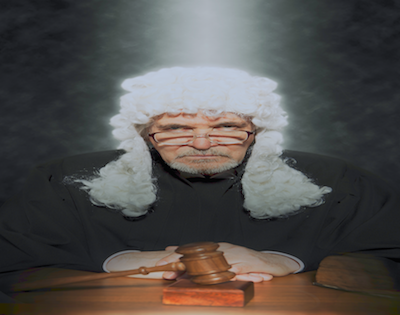 Tip #9: Remember that the criticism says more about the critic than it says about you. A critic’s judgmental remark doesn’t mean the remark is true; it means the critic is judgy. Likewise with catty, entitled, or selfish criticism. The only person these remarks degrade is the critic.

basically, the only way to avoid criticism is, as the old saying goes, to “Say nothing, do nothing, and be nothing.” And that’s no fun. So instead, collect those critical comments, either take them to heart or gently hurl them in the trash, and keep on chugging.

LinkedIn has quickly become one of the key tools in the recruiter’s armoury, with an estimated 93% […]

Read time: 7 minutes Times change. My father spent his working life with the same company until he […]

Have I been in this job for too long?
CandidatesCareer Advice & TipsEmployment MarketJob Finding Strategies
14
Jul